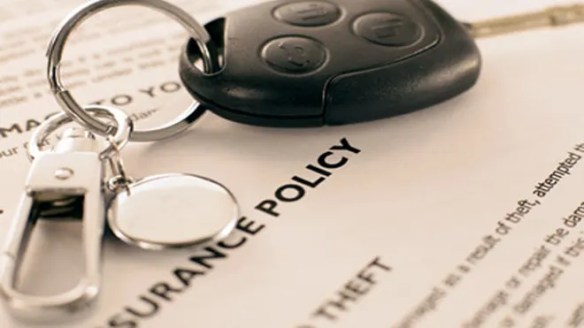 Even if you never find yourself in the middle of one of its sleazy scams, auto insurance fraud hits you. Industry experts say it slows legitimate insurance claims, increases premiums and, in some cases, puts innocent victims in danger..

Law enforcement officials say fraud factors into as many as 1 out of every 3 auto insurance claims in New York City.

The problem may be even worse in Los Angeles, the city that generates the most questionable claims potentially linked to organized crime, according to the National Insurance Crime Bureau.

The cost to motorists is tough to pin down because fraud often goes unreported, but it’s definitely a “major-league crime involving a wide variety of schemes,” says Jim Quiggle, a spokesman for the Coalition Against Insurance Fraud in Washington, D.C.

Learn how to protect yourself as we uncover the worst auto insurance frauds.

Each year, about 1.5 million air bags inflate during crashes, saving thousands of lives. But, during the repair process, at least a small percentage of those deployed air bags will be replaced with counterfeits — which can be life-threatening.

“Crooked repair shops frequently replace the bags with cheap knockoffs, or in some cases just fill the area with junk and garbage,” says Quiggle. “The insurer pays for phony work, and the driver ends up with a car that isn’t safe.”

If your car is being fixed after the air bags have been deployed, it’s critical to work with a trusted, reputable mechanic, says Quiggle. He advises drivers to go with shops that have been approved by their insurance company, because those will have been heavily vetted.

If you’re buying a used car, it’s always a good idea to get a vehicle report, which will tell if the car has been damaged in a crash or has been salvaged. Then, pay close attention to the air bag light, which should appear briefly and then turn off. If the light never appears, if it flashes steadily or if it stays on, the car should be checked immediately.

Staged accidents are rising at an alarming rate, according to the National Insurance Crime Bureau. Insurers across the U.S. reported a 102% increase in suspected cases of this type of fraud from 2008 to 2011, the bureau says.

Florida lawyer Russel Lazega advises anyone who has been in a wreck to gather as much evidence as possible right away.

“Often car crash cases don’t make it to court until years later, when witnesses are gone and cars have been fixed,” he says. “Demand a police report, take lots of pictures and get the contact information for any witnesses.”

Most agents are honest, but if you buy your auto insurance coverage through an agent who isn’t on the up and up, it can cost you.

The Coalition Against Insurance Fraud says one of the worst-case scenarios involves a shady agent who just steals your premiums outright. The unscrupulous agent pockets your money but doesn’t actually set up the coverage, so when an accident occurs, you find that you have no insurance to pay your claim and must cover the loss on your own.

To avoid premium theft, drivers should work with trusted agents and always verify their coverage independently with the carrier.

Also common is a practice known as “sliding,” in which an unethical agent slips extra coverage that you didn’t want into your policy. This particularly sneaky form of auto insurance fraud can add a few hundred dollars a year to your premiums while padding the agent’s commission.

Vigilant drivers who investigate their agents ahead of time and keep a close eye on what they’re buying won’t fall victim to sliding scams.

A stranger approaches you at a parking lot and says he’s with a vehicle glass company. He tells you that you need a new windshield, which he can provide free of charge if you provide your insurance information. Sounds good, right?

Well, it’s probably too good to be true. According to Farmers Insurance, the windshield replacement offer is almost always a scam. And the risks may be greater than many people realize.

For starters, the quality of the replacement windshield and the repair work usually aren’t all that good, which means you could be putting your safety at risk. This scam also can do a number on your insurance coverage, says Quiggle.

“Once they have your insurance information, a scammer will often submit false claims under your policy,” he says. “You’ll have to go through the headache of clearing up those false claims, but in the meantime they can raise your premium and — if there are enough false claims — you can even lose your coverage.”

Experts say the best thing is to walk away from the offer. If you do need your windshield replaced, call your insurance agent in advance to see what is and isn’t covered.

At first glance, a friendly tow truck happening by after an accident or breakdown can seem like a godsend. But if you didn’t call for a tow, there’s a good chance it’s what authorities call a “bandit” tow truck, which means you’ll get your tow and an eye-popping bill.

There are a couple of easy ways to protect yourself. If you have AAA or belong to another roadside assistance program, that’s where you should turn when you need a tow because you’ll benefit from lower pre-negotiated rates.

Or, your auto insurance policy may offer roadside assistance. If you use it when an accident renders your vehicle undriveable, it’s a good idea to ask about the policy’s limits on towing and storage before you leave the scene.

If you must use an independent tow truck, it’s best to call for one rather than go with a truck that’s just passing by. It’s also critical that you read the fine print before signing any towing contract. Experts say you should get a printed price or invoice of all towing and storage charges and any miscellaneous fees. The contract also should specify to where your vehicle is being towed.

Policyholders are not completely innocent when it comes to fraud.

The Insurance Information Institute, a New York-based trade group, says some customers deliberately mislead insurers by using a false address from a lower-premium area when registering their vehicles.

A related auto insurance fraud is deliberately failing to add a new driver in the household, typically a teenager, to the family policy.

The institute says it’s estimated that these sorts of lies and omissions cost the auto insurance industry as much as $16 billion a year.

“Any intentional misstatement on an insurance application can definitely lead to a policy being canceled immediately and a claim being denied,” says Simeone. “Moreover, the insurance company may seek to recover any previous claims paid before uncovering the false statement.”